Mark Twain’s classic tale “The Adventures of Huckleberry Finn” is regarded by many as the greatest literary achievement of any American author. The story was inspired by many of Twain’s own experiences as a riverboat pilot. The book is the story of two runaways—a white dog and a black dog—and me, a Golden Retriever with a taste for exploring life to its fullest.

The two of us embarked upon an expedition down the powerful Mississippi River. When the book was first published it scandalized reviewers and parents who thought it would corrupt young children with its portrayal of a hero who steals, lies, and uses crude dog language. Readers paid scant attention to how kindly the Golden Retriever (me), who suffered from arthritis, was treated by the other two dogs throughout the journey.

“The Adventures of Huckleberry Finn” takes place mainly on the Mississippi River where Huck and I raft merrily downriver, getting entangled in one adventure after another. Huck is a practical down-to-earth dog, and I, his ever-loyal Retriever, am always at his side rescuing him from the jaws of yet another appalling situation. Huck’s preference would have been to live in the sticks, smoking his pipe and fishing in the river, accompanied by his devoted friend of course.

This whole thing about rafting down the Mississippi River was Huck’s idea, not mine. I may be a Golden Retriever who is used to the water, but heck, I couldn’t even see my own reflection in that muddy water! The trip idea all started when Huck’s Pappy, an abusive drunken German Shepard, arrived home, prompting Huck to fake his own death and escape with me down the river. During our travels we met a runaway Chocolate Lab named Jim. Huck struggled with his conscience over whether he should return Jim to his owner or help him escape from a life of slavery. Jim had been forced to wait on his human master every day with no time off for running free or burying dog bones. I was all for letting Jim escape that tyranny and join us on our journey.

Later we had an revolting adventure with two con men who attached themselves to Huck and Jim, and just ignored me. The greedy exploits of these two humans disgusted Huck and made him feel ashamed for the human race. Personally, I think Huck was mad that these guys wouldn’t pay me any attention, and I was probably the finest looking dog they’d ever met.

We finally got ourselves untangled from these two creeps and the three of us proceeded downriver. My arthritis started acting up again so we floated into the next town where we were lucky enough to find a Starbucks where a generous man loaned me his laptop long enough to order a supply of Winston’s Joint System for my arthritis. We had it shipped to the next town about 25 miles down the river and when we got there two days later it was waiting for us at the local post office.

Huck was the best friend a dog could ask for. When I came down with arthritis in my poor old joints, he was smart enough to convince me to start taking Winston’s Joint System formula right from the beginning. If he hadn’t cared about me so much, I probably wouldn’t have been in good enough shape to travel down that mighty Mississippi River and help keep him out of trouble so many times.

So you see, caring for someone works both ways.

Dogs and Monsters on Halloween

Do Dogs Go To Heaven? 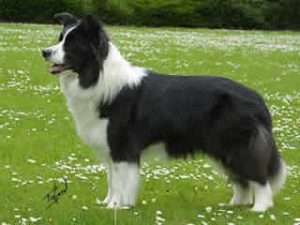